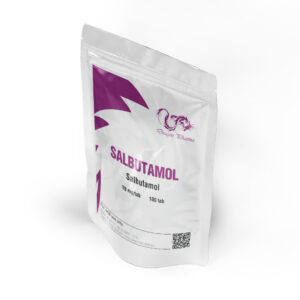 How does salbutamol work?

Salbutamol, was first brought to market in 1968 by Allen and Hanburys of the United Kingdom, under the brand name Ventolin. Since then, it has been one of the most popular asthma drugs. In 1982, the FDA approved its use in the United States.

Salbutamol is a short-acting B2-adrenergic receptor agonist used for the relief of bronchospasm in such conditions as asthma and chronic obstructive pulmonary disease. It’s on the World Health Organization’s List of Essential medicines. This means that it is considered to be one of the most important medicines needed in a basic health system.

Bodybuilders have used the drug, off label, for fat loss and to increase performance. In the United States, and most developed countries, a prescription or pharmacist approval is needed to acquire the drug because of its side effects.

Salbutamol/Albuterol belongs to the family of medicines known as adrenergic bronchodilators. Adrenergic bronchodilators are medicines that are breathed in through the mouth to open up the bronchial tubes (air passages) in the lungs. They relieve cough, wheezing, shortness of breath, and troubled breathing by increasing the flow of air through the bronchial tubes.

Salbutamol is a selective beta-adrenergic agonist/antagonist. It is primarily medically prescribed for the treatment of asthma, similar to other beta-adrenergic agonists that are available for the management of airway obstruction. Selective beta-2 agonists such as Salbutamol are the preferred method of treating asthma due to their ability to help alleviate breathing problems in users, while minimizing the cardiovascular effects that accompanies the use of the drug.

For strength athletes, bodybuilders and others who are seeking to improve performance or their physical appearance, Salbutamol offers numerous benefits. For the most part, it is most often considered a “fat burner”/weight loss in the bodybuilding community. This is due to the ability of the drug to stimulate fat cells, increase lypolysis, decrease appetite, increase body temperature, as well as increasing basal metabolic rate, among other things. All of these factors, when combined with proper diet and training, would obviously help to increase the rate of fat loss in users. However the use of Salbutamol is not limited to simply fat loss. There is evidence that it can help to dramatically improve athletic performance as well as helping to contribute to anabolism.

It has been demonstrated in numerous studies that the use of Salbutamol can help to increase muscular strength in users. These are often accompanied by increases in muscle mass. Specifically, in one such study it was noted that users of Salbutamol showed much greater improvements in strength when compared to a control group, after both groups had previously been training for ten weeks with no significant differences in their progress. The group given Salbutamol also showed larger increases in lean body mass. The doses for these individuals began at 4 milligrams per day, given orally, and were increased and then maintained at 16 milligrams per day for the duration of the study. Similar findings were made in another study where the subjects only trained their quadriceps muscles. Again, both gains in strength and muscle size were noted in the group that was administered Salbutamol during their training.

However the performance enhancing ability of Salbutamol is seemingly not limited to strength training. It was shown that the times of users performing endurance exercises significantly improved with the use of Salbutamol. Interestingly these improvements were accomplished without the drug negatively impacting the VO2, respiratory exchange ratio, heart rate or plasma free fatty acid and glycerol concentration of users during the exercise conducted. Rather the plasma lactate and potassium concentrations were altered. This would all bode well for endurance athletes who are looking to improve their athletic output and not negatively impact other areas of their performance capabilities.

With these performance enhancing benefits, Salbutamol also offers health benefits for the user by way of positively impacting their overall cholesterol levels. It has been demonstrated that Salbutamol elevates high-density lipoprotein cholesterol, while also lowering low-density lipoprotein cholesterol. The mechanism by which this takes place is somewhat unknown at this time with more research on the subject needing to be done to determine the exact nature of this result.

Like clenbuterol, Salbutamol also decreases the level of taurine, an amino acid, in users when administered. This would indicate that users may be well served to supplement with the taurine while using Salbutamol. It is believed by many that low levels of taurine can result in muscular cramping. However there is little scientific research to indicate that this is true or that supplementation is necessary to avoid this effect.

Along with the side effect of decreasing taurine levels in users, clenbuterol and Salbutamol also share many other of their characteristics with each other. This should be expected with two selective beta-adrenergic agonists/antagonists, but it is the differences in them that should be noted by users. For the most part, a highly significant difference between the two drugs is the half lives of each. While the half life of clenbuterol is approximately seven to nine hours, the half life of Salbutamol is about three to four hours. This is important for several reasons. First, by having a shorter half life the effects of Salbutamol will be felt for a shorter period of time. This allows users to take doses but then have them wear off when one wants to sleep, rest or simply does not want to feel the side effects of the drug. With clenbuterol, these effects, and their duration, can hinder the ability of a user to sleep comfortably or conduct their normal routine throughout the day.

This longer half life is believed by some to also contribute to the effect that clenbuterol has on the heart. In numerous animal studies it has been shown that heart damage has occurred in animals given doses of clenbuterol over extended periods of time. With Salbutamol, no such damage has ever been demonstrated. This may be due to the length of time that a user is exposed to the drug and therefore the likelihood that damage could occur. That theory however is simply speculation.

The difference in the half lives is also responsible for the differing levels of receptor down-regulation that is experienced with both Salbutamol and clenbuterol. Over time the beta-2 receptors that are targeted by both clenbuterol and Salbutamol are down-regulated by their exposure to the drugs and the drugs become less effective. However this down-regulation is much more significant with the use of clenbuterol then it is with Salbutamol. In fact, most users will not find that they have to take any steps to combat receptor down-regulation with Salbutamol as long as they remain within the general parameters of regular dosing and cycling of the drug. With clenbuterol however, it is likely that a user will have to administer ketoifen and/or Benadryl approximately every third week of running the compound to help and restore receptor function. This same protocol can be used with Salbutamol if a user feels that the effect of the drug has been diminished over time with its use, or else has been using a large quantity of the compound for an extended period of time. By using ketoifen or Benedryl the user is able to at least slow the desensitization of the receptor to the drugs and therefore these drugs are able to function at a much higher level for longer periods of time.

So now that it has been established that Salbutamol has significantly less potential damaging side effects then clenbuterol, the differences in their efficiency in terms of lypolysis and performance enhancement can be explored. Since the primary difference between the two compounds is their half lives, it is obvious that if single doses of the separate drugs were given, clenbuterol would have a much longer lasting effect on the user and the effects of the drug would be active for a longer period of time. However this benefit of clenbuterol is circumvented simply by spacing the dosages administered of Salbutamol to much shorter periods of time. This requires much more frequent dosing, but this inconvenience may be well worth the fact that the effects of the drug cease much more quickly once administration of it is stopped.

In terms of the performance enhancing abilities of the drugs there is little information comparing the two compounds and their effects. However one study was conducted comparing the muscle and protein anabolic effects of both clenbuterol and Salbutamol in rats . For the most part the effects of each compound were comparable in their ability to increase muscle weight and protein content in the body. Clenbuterol was slightly more efficient in producing these results, showing greater increases, but both it and Salbutamol showed that they were both capable of producing significant results. 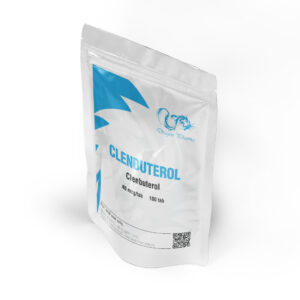 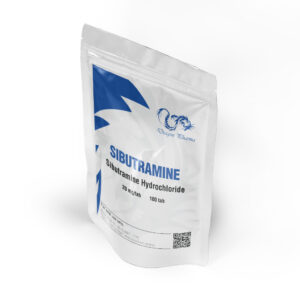 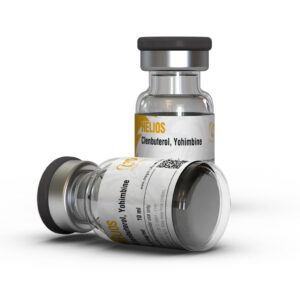 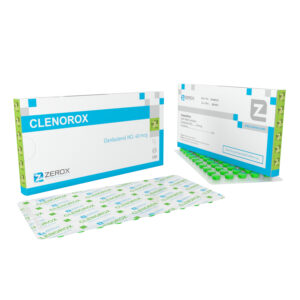